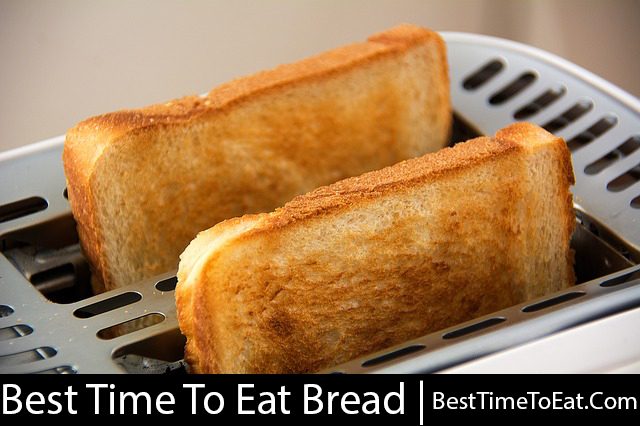 Home FoodWhen is the Best Time to Eat Bread?

When is the Best Time to Eat Bread?

It is perhaps a very well known belief amongst the commoners that carbohydrates are the main reason behind the accumulation of unnecessary calories inside the body. However, since the diet usually comprises mainly of carbohydrates, the chances of getting bulkier are also always higher owing to the carbohydrate-prominent food habits. People tend to get rid of these extra carbohydrates to avoid from getting fat. This is the reason why bread that is loaded with carbohydrates is often averted to an extent by the people nowadays. This is however not a scientific way of eating because even removal of carbohydrate from the diet is not healthy because it acts as the primary fuel driver of the body as it is the fundamental source of energy.

So, to strike a perfect balance between eating and at the same time, maintaining the calorie content at a correct level, carbohydrate-filled food items like bread must be taken in an appropriate manner. This can be done by checking the amount and type of bread being taken every day and most importantly, having a perfect time for intake of the same. Throughout the day itself, it can be consumed in some form or the other, starting from the morning itself, which is the most popular time for all. If the proper food timings are also followed meticulously, then definitely the calorie content inside the body can be checked, and this is turn will prevent an individual from getting fat or even obese.

When and when not to have bread during the day

This is a very debatable topic as to which time of the day is the best for having bread and having bread at which time of the day can prove harmful. This is because there is no scientifically proven fact regarding this timing issue but according to health and wellness experts, there are some suggestions based on which, one can maintain a healthy routine of bread intake.

It is advisable to take carbohydrates during the morning time because this signifies the start of a day when a person will be going out for work, and it will be this energy derived from the morning carbohydrates that will keep the person moving and working throughout the day. That is why bread is the most prominent choice of breakfast for anyone. Along with maintaining the adequate time for having bread, it is also required to know which time is not at all good for taking bread.

Usually, the evening time is not considered as a right choice for having bread, and at the same time, it is better to have some bread after doing a heavy work out because having bread will make up for the lost fuels from the muscles during exercising. This is why fresh sandwiches are pretty much prevalent in the diet after coming from the gym. However, it can be concluded by saying that if an individual does not have a tendency to eat excessively, then time is not that big an issue because after all, bread is a potential source of energy being a full-proof carbohydrate altogether. Previous: When is the Best Time to Eat Broccoli? Next: The Right Time For You To Snack On Grapes