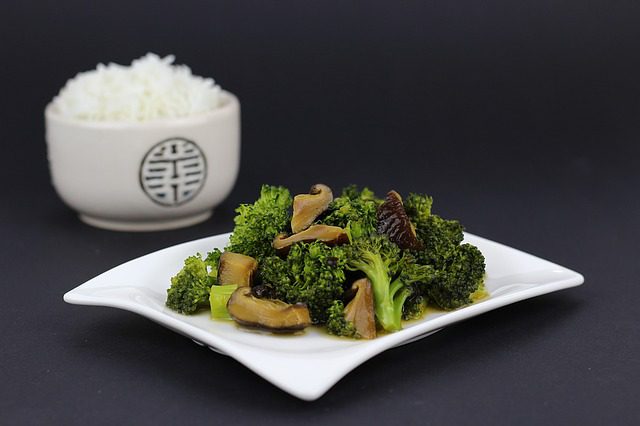 Can I Eat Broccoli At Night?

Broccoli is somewhat of a staple veggie in most our diets. It’s kinda like the OG vegetable. When you think about veggies you also inevitably think about broccoli. This status that broccoli has earned isn’t just some gimmick, it’s because broccoli has a ton of health benefits. It has twice the Vitamin C of orange, as much calcium as milk and it contains selenium which is an anti-cancer and anti-viral substance. It also comes packed with vitamins B1, B2, B3, B6, iron, magnesium, zinc, Vitamin K, potassium, Folate and a lot of fiber. All this put together it is no surprise that broccoli is seen as one of the most-healthiest foods in the world. But, is it okay to eat broccoli at night? Will it cause any trouble if we eat some at night? Or will things be just fine? If you have had these questions or you are just curious to know, here is the answer to that question.

What broccoli contains and what It does to you –

Broccoli, as we have established before, contains a ton of vitamins and minerals. But, it also contains something called tryptophan which is an amino acid. So, what does it have to do with the question at hand you ask? Well Tryptophan is an amino acid that helps the body produce Serotonin, which is a chemical that controls a lot of things in the body. One of the things that serotonin takes care of is the regulation of sleep. So, when you eat broccoli your body is able to in effect regulate sleep better.

Also, a lot of people get leg cramps at night and this is mainly due to the lack of magnesium in their bodies. Magnesium can be found on a lot of leafy green vegetables such as broccoli. Research showed that consuming magnesium helped 4 out of 5 people who were suffering from leg cramps at night. Israeli researchers have found an anti-leg cramp formula that uses magnesium. When tested on 32 participants it showed very positive results.

There is however one thing that broccoli contains that might mess up your sleep. Broccoli loads you up with insoluble fibers and these fibers digest very slowly. If you consume large quantities of insoluble fibers before you go to sleep then your body will still be trying to digest them when you are trying to drift off. This prevents you from getting the optimal level of sleep you need.

To sum things up, broccoli is a great veggie that you should include in your diet and it is also safe to eat at night and has no considerable negative effects. The problems arise only if you eat too much broccoli or consume broccoli along with other foods that give you insoluble fibers. So, it is better to eat it in moderation especially if you are eating it at night. Next: Best time to eat pomegranate