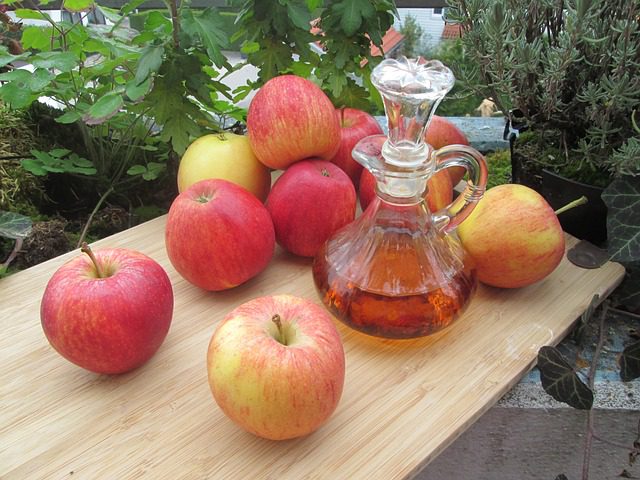 Apple cider vinegar is often quoted as the go-to supplement for a supremely healthy life. If you look up the internet, you are likely to come across plenty of articles swearing by the near-magical properties of this kitchen staple. However, studies do not really back up all of these claims. The good news is, though, that apple cider vinegar does have quite a few great attributes that make it a pretty healthy drink. For instance, it helps you absorb nutrients better, and reduces blood sugar spikes.

Like everything else, apple cider vinegar cannot be consumed willy-nilly. Let’s take a look at the time best suited for drinking this potent beverage.

Apple cider vinegar is most likely to make an empty stomach feel queasy. It is best to eat after you have had a meal. It helps in keeping down the hunger pangs that sometimes persist even after you have eaten. So, if you are watching your weight, and have eaten a healthy lunch or dinner but find yourself wanting some more, drink a glass of water infused with apple cider vinegar to feel instantly full. Drinking on an empty stomach, for instance first thing in the morning, will leave you feeling semi-nauseous and unable to keep down food.

This is one of the surprise benefits of apple cider vinegar. It works as a natural laxative albeit a pretty mild one. So, if you have been feeling facing difficulty in passing bowel movements, you can bank on this beverage. Drinking a glass after meals for a few days on a regular basis will certainly get things going more smoothly.

Diabetes is a silent killer, causing issues in more than one aspect of your life. Along with taking your daily medicines, add apple cider vinegar to your meal chart. Studies have shown that people who meals high on carbohydrates, followed by apple cider vinegar, test positive for lower blood glucose levels than those who omit the vinegar.

Apple cider vinegar is a great supplement to take when you are watching your weight. The vinegar contains acetic acid, which according to researchers, can help in triggering the enzymes that actively break down fat cells. It is particularly helpful in reducing belly fat, the most stubborn kind of fat to lose.

On a sore throat

Apple cider vinegar contains acetic acid, which forms around 5% of the total mixture. While it may not seem like much, it is still enough to kill the bacteria that are responsible for causing sore throats. Besides, it contains strong antibacterial properties that help in clearing up infections. Take a spoonful after meals and another spoonful before going to bed to feel much healthier the next morning. This also works if you have a stuffy nose.

If you suffer from chronic stomach issues such as gas, aches, and acid reflux, apple cider vinegar can help you with that. But keep in mind that it will only work if you drink it after meals, as the vinegar in an empty stomach will only make your problems worse. And always dilute it with water since even 5% acetic acid is not easy for the human body to process.

Drinking apple cider vinegar has multiple benefits, and is recommended by most health professionals and nutritionists. However, it is important to keep in mind that there is a process to consuming it. If you are undergoing treatment currently, consult your physician before including it in your diet, and immediately see a doctor if you feel any discomfort after consuming it. Next: Best time to eat rice