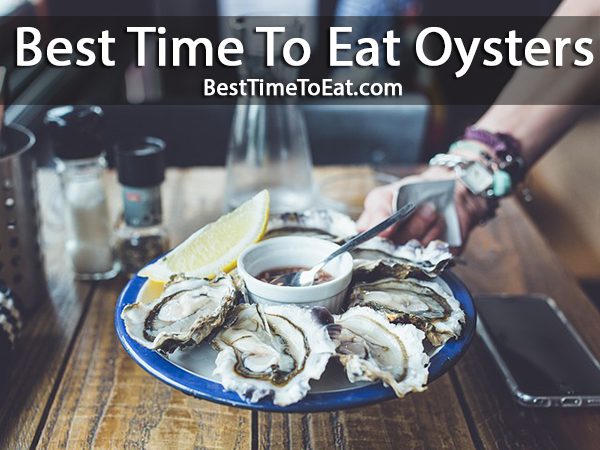 It is generally advised that one should eat oysters only in the months which consists of the letter ‘R’ in their names. Like you should eat them in the months of September, October, December, January and not in the months of June, July, August. If this is the case then why do a large number of restaurants sell oysters all year round? We also consume a lot of oysters in the months of spring. Are we hampering our health by doing so?

This ‘R’ myth is due to the fact that many people think that one may have a food borne illness which is related to red tides. But the actual ‘R’ myth is not related to getting sick but it is about sex! When water temperatures increase every year during that time oysters reproduce. This happens in the summer months which does not have a letter ‘r’. So we get to eat the full grown oysters in the month of July and August. According to reports, 98% of the oysters consumed are raised in the farms. So, while yes, there are more red tides in the summer, and yes vibrio vulnific is a real bacteria that makes about 90 people a year sick — eating oysters in the summer is more about quality than anything else.

How to eat oysters?

Oysters literally filter shit out of the water. This unique animal may amaze you more with its extra characteristics. All oysters go through a general process known as Depuration. This is done by placing the oyster in a clean water environment. This makes the oysters filter and purges any unwanted bacteria and fecal matter prior to the stage when are ready to be consumed. This process is essential before one buys and gets to eat oysters. Oysters are generally very nutritious for health. They consist of zinc, iron, calcium, vitamin A, and vitamin B12. In this case, too another myth is projected. According to this myth whenever men ejaculate, they lose a lot of zinc. Oysters consist of a huge amount of zinc.

You may consume oysters in a variety of ways like raw, fried, grilled, smoked and much more. Oysters are also excessively low in calories. If we calculate properly the every dozen yields about 110 total calories if you’re counting. While getting hold of an oyster who should keep in mind that: Next: Super foods that help you lose weight faster!