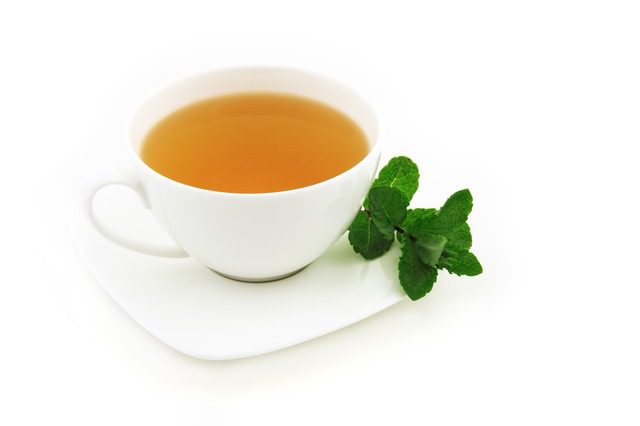 Can you reheat green tea?

The popularity of green tea is increasing across the world due to its numerous health benefits. Among all types of tea, green tea contains maximum antioxidants and favorable polyphenols. A basic method of its consumption includes boiling of water and then pouring tea leaves after placing the boiled water at room temperature for ten minutes. Then, serve the tea after brewing it for one minute. But one question arises here i.e. if we can reheat the green tea. Most of us who are habitual of drinking green tea will probably choose the option of reheating. While the reheating is possible and can be done, a person must know that the number of antioxidant protein reduces after consuming a reheated green tea. Also, you might witness a slight change in the taste of your green tea.

There are concerns about the tea getting toxic after reheating. Such a side-effect varies from person to person. For example, people who are intolerant to the caffeine can face a problem. Also, it can lead to the iron deficiency in the body. A numerous problem arises with the people consuming reheated green tea daily. The surveys undertaken witnessed the cases of severe bone pain and brittle teeth among women. They found the increase in toxic fluoride a reason behind such side-effects.

Many reports concluded that the rumors of caffeine getting destroyed after green tea reheating is baseless. A common factor that plays an important role is time. If you have just made your green tea and then, got busy in the house chores, the idea of reheating the green tea isn’t bad. But if you are thinking of reheating the green tea made a day ago, such an action could prove negative for your health. As such a green tea would not only have lost its antioxidant vitamins but would have become a home to bacteria.

Though green contains infinite benefits, its excessive consumption proves hazardous for a human body. An excessive green tea consumption can lead to caffeine accumulation in the body which results in insomnia, fatigue etc. To limit such side-effects, you must drink the green tea in the desired manner. A right way includes boiling the water, keeping it at the room temperature for five to ten minutes, pouring the water in a cup, steeping green tea leaves for two to five minutes, using the tea strainer to separate the leaves and drink it afterward. Avoid using green tea bags, as these are made of plastic and placing the plastic bag in a hot water can add hormone-disrupting chemicals to your green tea.

Green tea provides numerous benefits such as cancer prevention, healthy heart, lower cholesterol, stroke risk reduction, lower risk of developing type 2 diabetes, weight loss, sharp memory, brain functioning improvement, dental health, immunity enhancement, treatment to skin disorders and so on. With such a gigantic list of benefits, consuming the green tea the way it should be drunk, shouldn’t be a hard work. After all, a healthy body is the first priority for a prosperous living. Previous: Best time of the year to eat oysters
Next: Best time to eat apricot