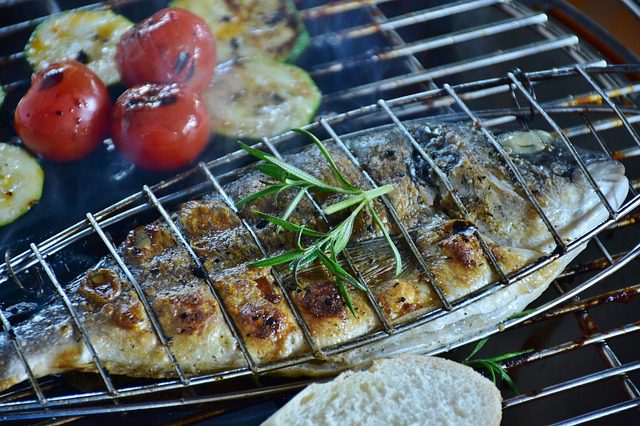 Can I eat fish every day?

Fish is an incredibly important part of the diet for most cultures across the world. A wide variety of fish are available in almost every part of the world, and there are certain cultures that include fish with almost every meal, such as certain parts of India and Iceland. On the face of it, the reason for including fish- other than its wide availability- also lies in the fact that it is extremely nutritious. Health experts, however, differ in their opinion on making fish a part of one’s daily diet. In this article, we will take a look at whether fish can indeed be included in at least one meal each day.

First of all, let us see why we should eat fish at least a few days in a week. Fish is full of essential nutrients, the most prominent of which are the omega-3 fatty acids. These amino acids are essential in more ways than one- they contribute to the healthy development and maintenance of the brain, helps in maintaining good vision by strengthening the optical nerves, and also keep the heart healthy by fighting bad cholesterol in the body. Studies show that people who eat fish at least twice a week- the recommended intake of omega 3 fatty acids- are at a much lower risk of contracting high cholesterol and the cardiac problems that are associated with it. Apart from this, they also have a moderate to high level of other vitamins and minerals that the human body cannot produce by itself.

All said and done, however, there are certain risks associated with daily consumption of fish. Certain types of fish, such as the bigger fish with longer lifespan like tuna and swordfish, have a high content of mercury, which may lead to mercury poisoning, especially in people with compromised immunity, such as young children, older adults, and pregnant women. In such cases, it is best to eat smaller fish, such as salmon and mackerel. It is also important to know where the fish has been bred; some waters where the fish are cultivated may be polluted by toxins that are consumed by the fish, and which ill in turn harm the person who consumes them. If you are not sure about the source, it is best to limit your consumption to once or twice a week.

No harm in daily fish intake

In conclusion, there is really no harm in eating fish every day, and even with every meal. Whether you will include them in your diet depends in the end on your constitution and regular dietary habit. For instance, if you have never eaten fish in your life, or have consumed only very little of it, it might not be a very good idea to start eating fish with every meal all of a sudden, as your body is not used to it. Also, if you are at a certain physical stage when excessive consumption might cause you harm, it is best to stick to a nutritionist recommended consumption. As the diet in some cultures will prove, there is no harm in eating fish every day, but it is not certain whether that will give you any extra benefits. Next: When can I drink a smoothie?