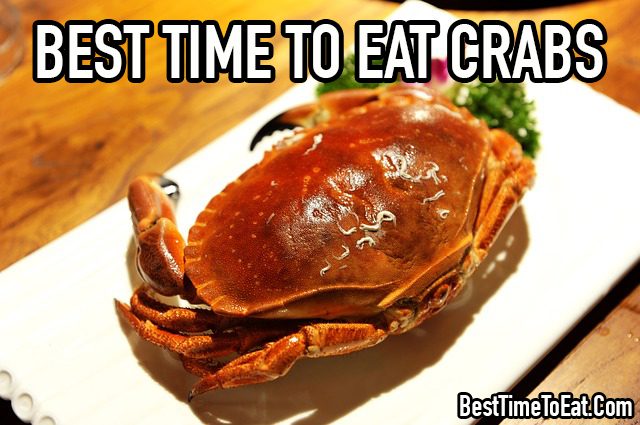 Who doesn’t like to break open a shellfish and bite into some juicy, succulent meat? If you are a non-vegetarian and into seafood, chances are that crabs are one of your most coveted delicacies. Sadly, though, you don’t get them all the year round. Not the fresh ones at least. Today, thanks to indiscriminate alit careful harvesting and globalization, everything is available all the time, in every part of the world. So, it is likely that you will come across some great looking crabs in the market during the summer moths but there will be some questions regarding its freshness. Moreover, some theories also suggest that it is best to leave the crabs alone during certain times of the year.

In this article, we will be looking at the myths and facts surrounding these delicate crabs, and find out when would be the best time to eat them.

According to most people, winter is the best time to eat crabs. Anyone who swears by seafood will agree that fish is not something you get in abundance in the winter, but shellfish is at its most succulent. This is the time when the crabs have grown to their fullest size. Besides, this is the time when most of them molt, which means that they shed their exoskeleton, so that in turn means that you will be getting the most meat out of them.

Some people hold the theory that crabs are best when they are caught in the new moon. Just like winter, this is apparently the time when they come out of their shells, which means that you will be getting maximum meat. This is also because this is when they grow in size. Some crab aficionados prefer to eat the medium sized crabs since they are considered to have better tasting meat, so for tem the crab caught in new moon I the most ideal catch of all. Besides, this is also the time when they come out to feed, so you are likely to get the healthiest and most delicious crabs if you can catch them during a new moon.

Months with an R

Some theories suggest that you should be eating crabs only during the months that have an R in them. At first sight, this looks pretty much like an old wives’ tale. But if you look carefully, you will see the logic behind this reasoning. The months with an R in tem are the colder months in many parts of the world. This is the time when the crabs are at the softest and juiciest state. Besides, most varieties of crabs spawn during the summer months, so refraining from catching them during these months allow them to repopulate. Another major reason why crabs should be avoided in summer is the red tide. The pooling of a certain type of algae in the summer releases toxins into the water, which is absorbed by the crabs. In turn, when humans consume these crabs, several health complications can arise.

Crabs make for delicious dishes, and there are a million ways to cook them. Unless you are allergic to them, it is likely that crab form a very special part of your diet. All you need to know is the right time to eat them so that you can get the mist out of these wonderful crustaceans.